The human voice is a remarkably versatile instrument, and you can hear it harmonize and mesmerize when one of America’s premier a capella acts comes through Everett this month. Don’t miss Straight No Chaser when they play at Encore Boston Harbor!

When and Where
The group will perform at the Encore Boston Harbor on Friday, December 20. The show will run from 7:30 p.m. to 9:30 p.m. The venue is located at 1 Broadway, Everett, Massachusetts 02149. There will also be a meetup with the group before the show, to be announced on the event’s Facebook page.

Open Bar
This nine-man a capella group has recently embarked on a U.S. tour to promote their new EP, Open Bar. This record is the latest in a series of boozy-titled collections featuring harmonious covers of popular songs. For Open Bar, the captivating nontet blends their voices together for clever renditions of “All Star” by Smashmouth, “Tennessee Whiskey” by David Allan Coe, “Take Me Home Tonight” by Eddie Money, and “Closing Time” by Semisonic. The group also has several popular Christmas recordings to their name, so one can only guess if they might throw in a few festive numbers while on stage.

Straight No Chaser
While Straight No Chaser now has an impressive discography, a truly viral YouTube hit, and a host of fans around the nation, their beginnings are as straightforward as can be. They formed at Indiana University in 1996, as the school’s only a capella group. They tested their mettle with Billy Joel’s “The Longest Time,” and soon found an enthusiastic audience on campus. As their reputation spread, they progressed from playing student shows to headlining their own concerts. The group has even competed in prestigious venues like Carnegie Hall in New York. There, the ensemble had only been performing for two years when they faced the UC Berkeley Men’s Octet, which had just celebrated 50 years on stage. After signing with Atlantic Records, they recorded with musicians like Elton John, Stevie Wonder, and Dolly Parton.

Honda Cars of Boston
If a new car sounds like music to your ears, come see us at Honda Cars of Boston! We’re sure that we have the new car, truck, SUV, or hatchback that you need within our inventory. We look forward to seeing you soon. 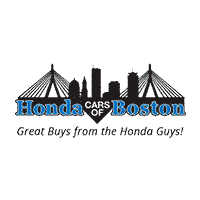